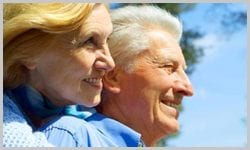 How To Choose The Best Lenses For Your Cataract Surgery

Intraocular lenses (IOLs) are medical devices that are implanted inside the eye to replace the eye’s natural lens when it is removed during cataract surgery. IOLs also are used for a type of vision correction surgery called refractive lens exchange.
FDA-approved IOLs have been available since the early 1980s. Before the use of intraocular lenses, if you had cataracts removed, you had to wear very thick eyeglasses or special contact lenses in order to see after cataract surgery, since no device was implanted in the eye to replace the focusing power of the natural lens.
Today there is a wide variety of premium IOLs to choose from. The best intraocular lens for you depends on many factors, including your lifestyle and your specific visual needs.
The following is an overview of premium IOLs currently that are FDA-approved for use by cataract surgeons in the United States. These are considered “premium” intraocular lenses because they have advanced features beyond those found in basic single vision IOLs that are covered by Medicare and other types of health insurance.
During your preoperative exam and consultation, your cataract surgeon can help you choose the best IOL for your needs, as well as additional cataract surgery costs involved if you choose one of the following premium lens implants.
Aspheric IOLs
Traditional intraocular lenses have a spherical optical design, meaning the front surface is uniformly curved from the center of the lens to its periphery. Though a spherical IOL is relatively easy to manufacture, this design does not mimic the shape of the natural lens inside the eye, which varies in curvature from center to periphery. In other words, the eye’s natural lens is aspheric (“not spherical”).
Why is this important?
A spherical intraocular lens can induce minor optical imperfections called higher-order aberrations(HOAs), which can affect quality of vision, particularly in low-light conditions such as driving at night.
Premium aspheric IOLs, on the other hand, match more closely the shape and optical quality of the eye’s natural lens, and thereby can provide sharper vision — especially in low light conditions and for people with large pupils.
Popular aspheric IOLs that are FDA-approved and available in the U.S. include: Tecnis Aspheric (Abbott Medical Optics), AcrySof IQ (Alcon), SofPort AO (Bausch + Lomb), and Softec HD (Lenstec).
Toric IOLs
Toric IOLs are premium intraocular lenses that correct astigmatism as well as nearsightedness or farsightedness.
Like toric soft contact lenses, toric IOLs can correct astigmatism because they have different powers in different meridians of the lens. They also have alignment markings on the peripheral part of the lens that enable the surgeon to adjust the orientation of the IOL inside the eye for optimal astigmatism correction.
Just prior to cataract surgery, the surgeon places temporary markings on the patient’s cornea that identify the location of the most curved meridian of the front of the eye. Then, when the toric IOL is implanted during the cataract procedure, the surgeon rotates the IOL so the markings on the IOL are aligned with the markings on the cornea to insure proper astigmatism correction.
Prior to the development of toric IOLs, cataract surgeons had to perform a procedure call limbal relaxing incisions (LRI) to correct astigmatism during or after cataract surgery. In LRI, small incisions are made at opposite ends of the cornea, very near the junction between the cornea and the surrounding white sclera. (This junction is called the limbus.) When these incisions heal, the cornea becomes more spherical in shape, reducing or eliminating astigmatism.
In some cases — even when a toric IOL is used — limbal relaxing incisions may be needed after cataract surgery to fully correct astigmatism. But typically in such cases, the amount of astigmatism remaining after implantation of a toric IOL is far less, making a better LRI outcome more likely.
Article from allaboutvision.com.